Although you may feel that you’re 2 weeks pregnant, surprisingly you may not be, and here’s why?

After reading our first episode of the stages of pregnancy week by week, you already know that your doctor in most cases will calculate your pregnancy starting from your LMP (first day of last menstrual period).

This sometimes may sound absurd, but helps your OB (obstetrician) provide a more accurate estimate of your baby’s arrival date, similar to using a due date calculator.

In your second week of pregnancy, you actually may not feel pregnant, but your body actually is still producing hormones for accommodating the new life. 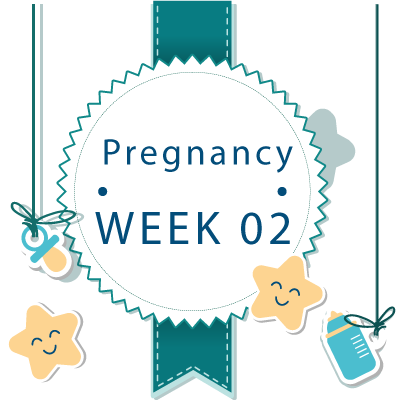 In this phase, pregnant mothers should direct their focus towards adopting a healthier dietary lifestyle such as avoiding junk foods given that this is a crucial stage in the development of your baby.

Furthermore, you should also curb bad lifestyle habits such as caffeine, alcohol, smoking, and try your best to add at least 300 calories to your diet each day.

The first two weeks of pregnancy are undoubtedly exciting for any going to be mother, but on the flipside the second pregnancy symptoms may not be something to look forward to.

If you’re one of the few who have a 28 day period every month, then great chances are that you ovulate on day 15.

However, reality is that most women do not have a 28 day period cycle every month, but there are a few symptoms of ovulation that can reveal clues when the best time is to have intercourse and hopefully conceive a baby.

Hormonal changes can have several effects on your body, one of the notable one being the ability to gauge different scents. This could be a natural way of detecting male aroma in an effort to reproduce.

This may not sound appealing, but does happen. Your cervical mucus may tend to become transparent, thin and stringy similar to egg whites when you are going to ovulate.

You may feel a light ache as your ovary releases an egg. This process is named after the doctor who first recorded it—Mittelschmerz.

Your breasts might feel sore and tender due to hormonal changes associated with ovulation.

You may notice light spotting around your underwear at the time of ovulation, and this is completely normal and caused by the breaking of the follicle around the egg.

Your Baby at Two Weeks Pregnant

Your baby at two weeks pregnant is similar in size to a microscopic chicken egg. The baby at this stage is called an embryo, and is made up of 150 eggs that further divide into three separate layers.

To explain briefly, the first layer or innermost layer sometimes referred to as the endoblast or endoderm forms the digestive system and respiratory tract, and includes organs such as thyroid, liver, pancreas and thymus.

The outer layer referred to as the ectoderm or ectoblast forms the nervous system, brain, epidermis, which includes the baby’s nails, skin and hair.

The embryo during week 2 of pregnancy is roughly only .1 to .2 mm long and floats within the uterus and protected by the uterus lining.

Your Belly at 2 Weeks Pregnant

The symptoms if you do conceive at 2 weeks pregnant will not be evident right away.

In fact, you will not be able to make sure that you’re pregnant until your body generates an appropriate amount of pregnancy hormones to be detected with a home pregnancy test. This generally occurs at week 4 , which is around the same time you will miss your period.

There are however several symptoms that could clue you in on early signs of pregnancy including:

This occurs when your body is using a ton of energy to support your baby.

Probably the most common pregnancy symptom, nausea begins to kick in around week 4 and week 9.

Just like week one, your body gears down on the digestive process in an effort to provide an increased amount of nutrients to your baby. 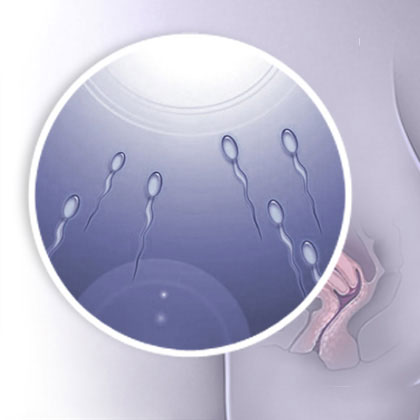 In terms of a 2 weeks pregnant ultrasound, it may not be necessary in week 2 of pregnancy, but your OB may ask for one to ensure everything is in good working order.

As mentioned early, the most important thing a woman can do at the 2 week stage of pregnancy is to lose any bad habits she may have.

If this is a planned pregnancy, you would have hopefully already let go of these or never had them to begin with. Further, you would have already started a course of prenatal vitamins along with increased doses of folic acid. In order to help determine when you are ovulating, you can always use an ovulation calculator , or an ovulation test kit.

These kits are easily available at your local pharmacy, and use your urine to detect whether certain hormones are present in your body in order to predict ovulation. In addition to getting a rich dose of vitamins, you should checkout the following.