Buckle up because things are going to get pretty exciting in week 16 of pregnancy. This is probably the week when you will have your next prenatal visit, at which you will most likely get to hear your baby’s heartbeat again. What’s even more thrilling is that you will probably get to feel your baby kicking when you’re 16 weeks pregnant. Your baby at this stage of your pregnancy can probably hear your voice, so feel free to read bedtime stories or simply chat up a storm. In terms of size, your baby when you’re 16 weeks pregnant is as big as an avocado or donut, which is slightly bigger than its size in your 15th week of pregnancy. 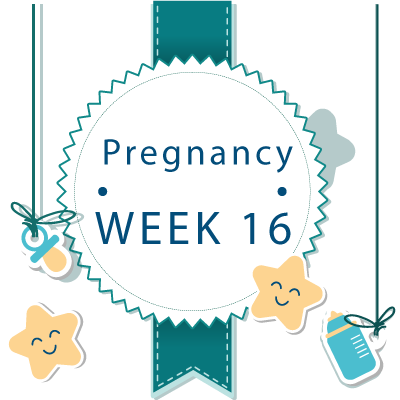 Your boobs have probably become a few cup sizes bigger, and this is because they are preparing for breastfeeding when your baby arrives.

This week 16 pregnancy symptom can be attributed to bigger boobs and also a side effect of pregnancy hormones . Pregnancy exercises are an excellent remedy for backaches such as regularly stretching your body or simply sitting and standing up.

Also referred to #PregnancyBrain, the actual reason for forgetfulness in pregnant women is unknown, where some medical experts believe that it could be biological, and others attribute it to having a lot of things on your mind.

This is often a result of your expanding uterus, which is now pressing on your intestines. To ease constipation, opt for more fiber rich foods and drink plenty of water.

This is the glow that everyone told you about, and now you can experience it firsthand.

Itchy eyes are mostly caused due to a surge in hormones, and over the counter eye drops should provide great relief.

If you’re pregnant with twins, your symptoms in most cases will be the same as a mother having one baby. It is highly recommended that you keep your doctor in the loop about all your symptoms owing to the fact that twin pregnancies are considered riskier than others. 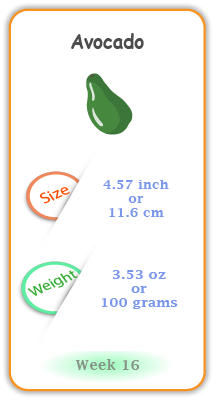 Inside your Belly in Week 16

You may feel your baby moving around starting week 16. These movements may initially feel like gas or muscle twitch, but they will undeniably be your baby’s movements as it gets bigger and stronger. Even if you’re pregnant with twins, you will feel these moving sensations at the same time as a mom pregnant with one child. It goes without saying that they will be much stronger, and you may experience other issues along with it such as your lungs crowded by your babies. 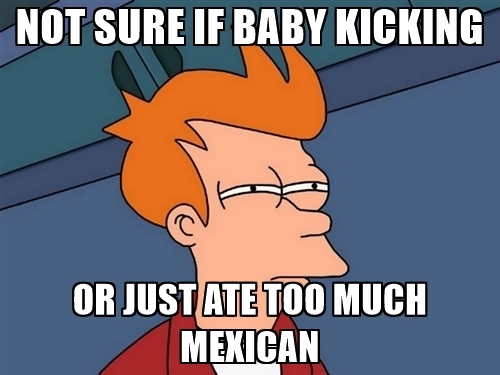 You will probably be due for your second prenatal visit when you’re 16 weeks pregnant. Most tests that will be performed at this prenatal will almost be the same as your first prenatal visit, only this time your doctor will be checking your urine for signs of preeclampsia and gestational diabetes. You may even have an ultrasound at 16 weeks pregnant, and good news is that once your OB checks the results, the chances of having a miscarriage are slim to none and in terms of numbers that’s less than 2 percent. 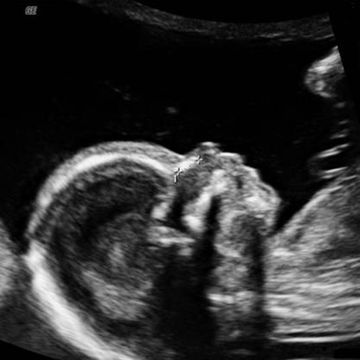 Your Baby's Development in Week 16

Your baby body in week 16 of pregnancy is doing a whole lot to support itself. Their kidneys are in gear and are producing urine, which is then passed through the umbilical cord. Adding to this, bile is secreted within their stomach, but they are still highly dependent on you as a source of nutrients. Considering that your baby’s scalp is growing, its appearance will change accordingly and it may even have color. Your baby can most likely open and close its mouth owing to its developing facial muscles, and may even smile at you albeit without you knowing it. 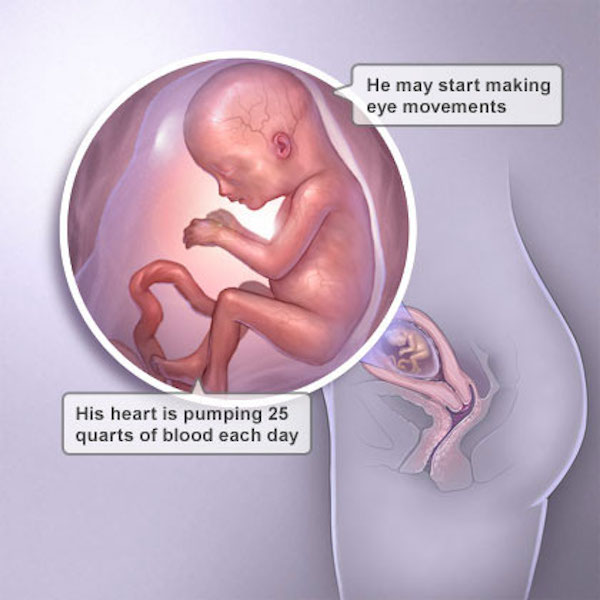 Your baby in week 16 of your pregnancy tips the scales at approximately 3.53 ounces and measures 4.57 inches, so it’s definitely getting there rather quickly. Since its limbs and joints are fully formed, your baby is probably engaging them in good stretches and flexes, and it may also have found its thumb and learnt how to suck on it. In most cases you baby will begin to straighten out their head and neck more when you’re 16 weeks pregnant owing to its stronger backbone. In terms of its nervous system, it is starting to make connections with all their muscles, so now it will be moving with a little more purpose.

Starting week 16, your baby’s facial expressions are starting to take flight, meaning they begin to appear even though they have little or no control over them. Did you know that your 4 month old fetus will shy away when a bright light is shone on your belly? This is because your baby’s eyes are now becoming sensitive to light. Speaking of eyelids, they are still fused shut, but your baby is able to move their eyes around when your 16 weeks pregnant.