Congratulations on making it to your second trimester of pregnancy!

And we’re not referring to your busy schedules, but rather to how you’re a fraction of the way through your pregnancy!

At this stage, you now have inside you a fetus with fingerprints and even vocal chords.

Your baby in your 13th week of pregnancy is as big as a lemon and is growing at a rapid pace. 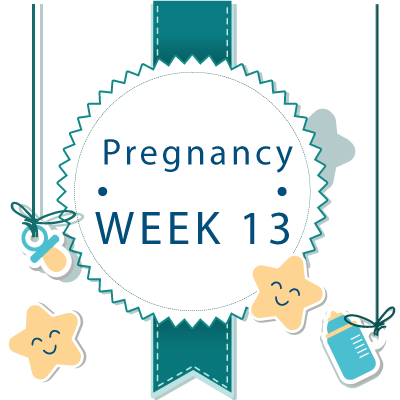 One thing that you’re bound to notice in week 13 of your pregnancy is that your symptoms are going to change a bit.

Your nausea may have calmed down, and you may not feel the need to take a nap as often as you did in your week 6 or week 10.

You will still experience a few symptoms such as:

Rather than feeling tired as you did in your previous weeks, you may actually feel an increase in energy. This is probably the best time to check off a few to-dos on your list, things that you weren’t able to complete before due to lack of energy such as exercise.

This is generally caused by a surge in blood flow, and is nothing to worry about.

You may feel like rolling in the hay more often, so go for it. This may however result in some post-coital spotting, which is caused by your sensitive cervix and is completely normal. However, if you do experience heavy bleeding, contact your doctor immediately.

Women who are pregnant with twins may still experience tiredness and nausea, but on a brighter note this will level out in the upcoming weeks. Speak to your OB if these symptoms get too severe such as you’re not able to hold down fluids or feeling ill for longer periods. 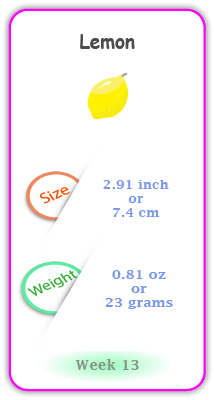 Inside your Belly in Week 13

Your uterus in week 13 is a lot bigger, so much so that it’s probably bulging out of your pelvis. This makes you actually look pregnant—the moment you’ve been waiting for!

Expect to gain a few pounds in week 13 of your pregnancy, which is great as long as it’s gradual and not all at once. If you’re not sure what the recommended weight guidelines are, here’s what the American College of Obstetricians and Gynecologists (ACOG) has to say: 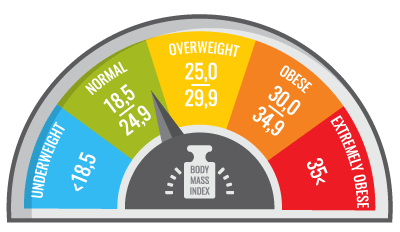 If you’re BMI is under 18.5 meaning you’re underweight, you should gain between 28 to 40 pounds all through your pregnancy.

Aim to gain 1-1.3lbs per week in your second and third trimesters.

If you have a BMI of 30 and above aka obese, you should try and gain only between 11 and 20lbs, and approximately half a pound per week in your second and third trimesters.

For women pregnant with twins, the total pregnancy weight gain should be between 37 to 54lbs. 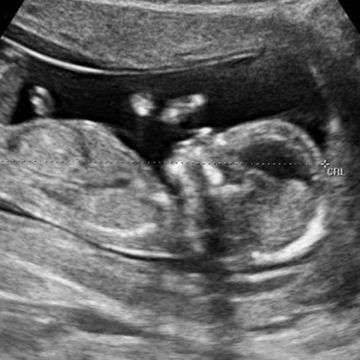 Your 13 week pregnant ultrasound could reveal your baby’s gender, but it may still not be clear whether they have male or female genitalia.

Your doctor will probably be able to detect your baby’s gender when you have your mid pregnancy ultrasound somewhere between 18 and 22 weeks.

If you’ve opted to have a non-invasive prenatal test (NIPT), the results will let you know whether you’re having a boy or girl when you’re 13 weeks pregnant.

Your Baby's Development in Week 13

Week 13 is an important milestone for your baby-to-be, and in terms of development is no longer considered an embryo but a fetus.

This fetus is developing fast, and looking more like a baby each passing day. It is resting well, and has eyelids that although fully formed are fused together, and will be this way for next few weeks.

Your baby’s arms and legs are moving and twitching, and you may even be able to feel these sensations. 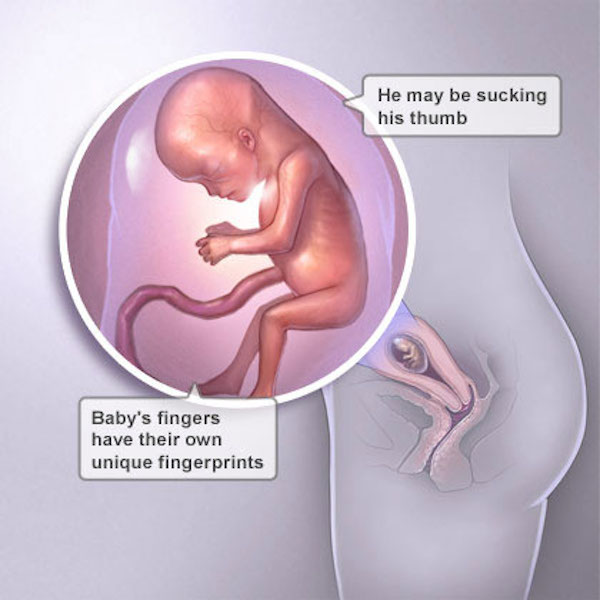 Your baby’s organs and veins in your 13th week are clearly visible through its thin skin, and his or her body is catching up to the size of the head.

Increase intake of vital nutrients such as protein, iron, and calcium (speak to your doctor first about the right dosage)
Drink 10 to 8-ounce glasses of fluid per day
Talk to your partner about parenting
Explore new pregnancy exercises