WEEK 1: The Path to Inception !

Week 1 of being pregnant for most women generally goes undetected especially those who aren’t planning a pregnancy.

Furthermore, the very early signs of being pregnant you experience during the first week pregnancy phase are somewhat similar to PMS(Premenstrual syndrome) such as mood swings, loss of interest and fatigue, another reason why pregnancy is neglected at its inception. 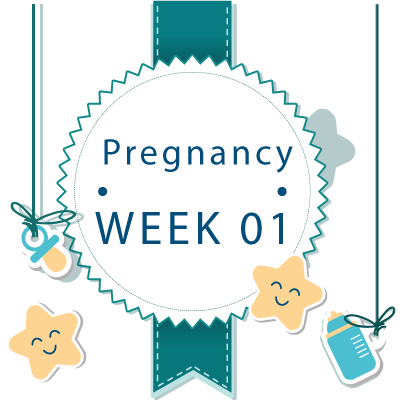 Since ovulation and conception are really hard to detect initially, but the physical signs of your period are much easier to pinpoint, your doctor will generally count your pregnancy starting from your LMP i.e. the first day of your last period.

So from your doctor’s perspective, your first week of pregnancy means that you are not yet pregnant, but on your period.

Your baby is actually conceived in your second or third week, depending on the length of your period, so if you’ve just got the good news that you’re actually pregnant, you’re probably already in your third or fourth week of pregnancy.

Remember that one week pregnant is quite an early stage, so the symptoms you experience will be similar to your menstrual cycle.

These symptoms vary across women, and some may even notice none of them. You may experience these common clues even before you miss a period.

You may notice light vaginal bleeding or spotting approximately 6-10 days after conception. This is generally caused when the fertilized egg mates with the lining of the uterus, but other reasons as well such as certain types of infections, ectopic pregnancy or miscarriage.

If you notice any bleeding, call your doctor immediately to diagnose the underlying issue.

There are great chances that your breasts might feel extra tender or even sensitive as early as a week after conception. This is mainly caused by the increased production of estrogen and progesterone that cause the glands in the breasts to grow.

During the first few weeks, your body is working around the clock to support your pregnancy, which may result in some level of fatigue.

You may find relief from these hormone related menstrual migraines with over the counter pain relievers, ice packs or by performing relaxation exercises.

Most going to be moms feel that this symptom is usually experienced when the baby is pressing against their bladder, but to their surprise could very well come early.

This is caused mostly when the swollen uterus puts pressure on the bladder or the increased blood flow to the kidneys resulting in more urine production.

In the early stages of pregnancy, your digestive processes tend to gear down resulting in constipation and indigestion.

Your stomach may not empty itself at the same rate as it normally does, so won’t be able to accommodate the same amount of food.

Inside your Belly in Week 1

Believe it or not, your belly is pretty busy in week 1 of pregnancy, where it isn’t just releasing last month’s egg, but is crafting a new uterine lining to accommodate next month’s egg.

Speaking of eggs, your body generally releases two somewhere between day 10 and day 19 of your period cycle or roughly 14 days before the onset of your next period.

Regardless of when it is released, fertilization of a human egg can only occur between 12 and 24 hours, and a quick tip is that having sex before that period can help, because sperm can live in your body for up to seven days.

Most women at a week pregnant are thinking about various things, most notably how to prep their body to handle a new pregnancy. Well, if you haven’t already, you should start by following healthy lifestyle practices such as maintaining a healthy body weight and quitting smoking or drinking. You can enjoy your caffeine, but at the rate of 1 or 2 cups per day.

In most cases, your doctor will only recommend a 1 week pregnant ultrasound to gauge the thickness of your uterine lining, check to see the number of follicles in your ovaries and/or to check for fibroids.

Your Baby's Development in Week 01 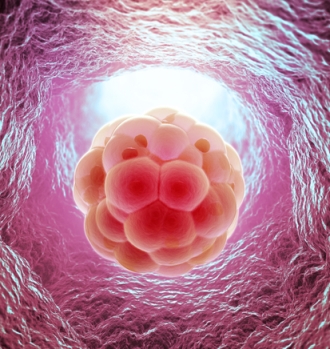 There’s no major development of the baby in week 1, except for the egg exiting the ovary and heading for the fallopian tubes. Even though most doctors include your first week in your pregnancy calendar basically to help calculate your LMP, you actually do not conceive until two days after your period ends.

Your nine month cycle that works out to roughly 40 weeks is calculated from your LMP date, and helps determine your expected due date with a due date calculator. 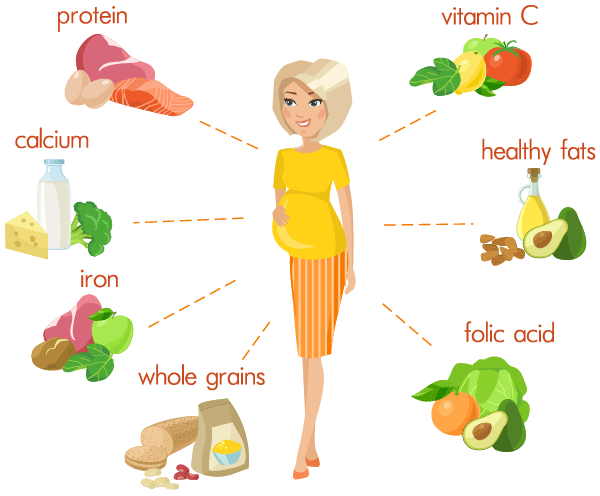 Given that this is your first week of pregnancy, you have to support both yourself and your upcoming munchkin. Foods that you should stockpile must be highly nutritious and rich in folic acid such as greens (broccoli and spinach).

Greens not only assist with your baby’s first development, but can also help ease morning sickness thanks to their high magnesium content.Its also a better idea to know the list of foods that you should avoid.


Follow up with your physician regularly
Take prenatal vitamins (speak to your doctor first)
Track your cycle to determine your most fertile days.