Eager to know the best days to get conceived or just want to know your LMP to input in a due date calculator so you can estimate your baby’s arrival date, then a great solution to both is with an ovulation calendar.

Before we get in how to use an ovulation time calculator, it is important to understand the meaning of ovulation, and how it relates to getting conceived. 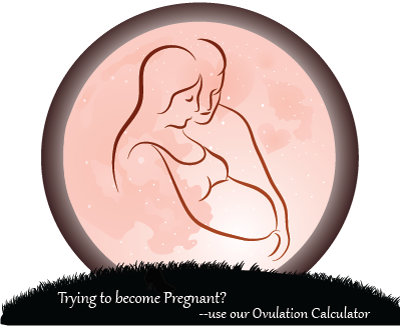 To brief it quick, ovulation occurs when ovaries release an egg or ovum, and generally between day 11 and day 21. During each period (menstrual cycle), reproductive hormones work in harmony with each other to activate the ovaries, and a few of the oocytes (immature ovaries) begin to respond to those hormones.

Even though there may be a handful of immature ovaries that respond to those hormones, only one egg is released in most cases.

While this egg is in the process of being released, the uterine lining is fielding for a fertilized egg aka embryo. Contrary to popular belief, eggs in the ovary do not reach ovulation within a month, but rather go through several stages, which may take several months.

Although a woman’s ovaries stores approximately 300,000 eggs, fact is that she only ovulates around 300 ova in her lifetime.

The ovulation period is different for each woman, and even though it is generally on day 14 in a 28 day menstrual period, studies indicate that less than 10 percent of women with 28 day menstrual cycles ovulate on day 14.

When a woman says she is ovulating, she is actually referring to is her fertile period of 2-3 days that precedes it. This fertile period could occur during a wide window of time anywhere between day 9 and day 22 of the menstrual cycle, giving you just another reason for using this calculator. 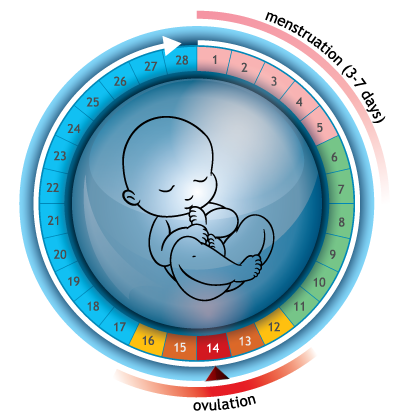 How to know you’re ovulating ?

Even though you can use an fertility calculator to predict your ovulation date, it is good to educate yourself on the symptoms of ovulation so that you can engage in intercourse and conceive at the right time.

Again, the symptoms of ovulation can vary across women, but here are the 3 most common from the extensive list.

This is the temperature when your body is at rest, and is generally between 97.2 and 97.6 degrees Fahrenheit at the beginning of your menstrual cycle. When you near ovulation, you might experience a slight dip in BBT and then a notable increase from roughly 0.4 to 1.0 degrees right after ovulation occurs.

If you notice cervical fluid that resembles thick white liquid, this is a strong sign that you are close to ovulation or are ovulating. Take note that not all cervical fluids are similar in appearance, and ovulation generally occurs on the day that the most amount of fluid is produced.

This is another strong sign of ovulation, and is generally due to the hormones that are produced right before and after ovulation.

Planning for Boy or Girl ?
The Chinese Gender Calendar is here. 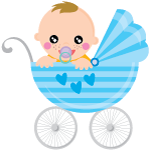 Most going to be parents firmly believe that their chances of having a boy are 50/50, and even though this may be true to a certain extent, there are ways to increase those chances.

Given that male sperm tend to be fast swimmers, it has the ability to reach the egg more quickly than the female sperm. So if you want a boy, the optimum schedule to mark on your ovulation chart is 24 hours before and 12 hours after ovulation. 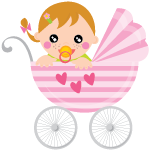 In the event you want to increase your chances of having a girl, you will need to give the female sperm a little more time to connect with the egg. In this case, mark three to four days before ovulation on your calendar.

Using our fertility calculator to keep track of yours is easy, where all you need to enter is your LMP (day your last period started – Last Menstrual Period) and your average cycle length. The results from the fertility calculator will help you to plan according, and determine when your little munchkin is due to arrive.